New bug or I just never noticed it before. Today there are a lot of ancient posts that are shown as new/unread since my last visit three days ago. The date of my supposed “last visit” is different in different threads. There are not actually any new posts.

I think I know what’s going on. My “last visit” is set to how far down I scrolled when I looked at the thread. One more thing that’s hideous about Discourse…

You should have been around during the Yahoo days. You think Discourse is bad? (You’re crazy for thinking that in the first place) but yahoo was neigh unusable.

Also Discourse is 1. Free and 2. open source. You are more than welcome to go and make improvements for them.

Yes, Discourse is outrageously awful. Both of its main issues are classic examples of “just because you can, doesn’t mean you should.” Continuous scrolling breaks the browser’s scroll bar. Classic pagination is still peak UX. And updating the browser URL with the comment number as you scroll breaks bookmarks. It used to intercept Ctrl-F, which was also terrible, but it doesn’t anymore… at least not in Chrome. Of course, that means that if a comment isn’t loaded, Ctrl-F won’t find it.

Discourse is one of the top forum software in the world, its lead developer Jeff Atwood is the creator of a little known website known as Stack Overflow and considered an eminence both in software writing and the discussion software arena. I assume by your standards that’s awful too?

We don’t force you to stick around if you hate it here so much there’s the door. Come back and let us know when you’ve re-written Epicor better, or created a better forum software.

Yes, SO is pretty wretched. That opinion is shared by a lot of developers, perhaps even a majority since 2019.

My world view is that Sturgeon’s Law is true and explains everything. The name and history of Sturgeon’s Law is proof that this attitude isn’t uniquely mine. And I know my expectations are realistic because there are plenty of things that meet and exceed them.

Better get to it. You’re wasting time here.

And my world view is that The Dunning–Kruger effect is a better concept to get yourself familiar with and understand.

Think whatever you want. I judge my abilities by the tangible results I get and the praise I get for them.

So… I got a little chuckle out of the sniping here. All in good fun I hope. But I have a genuine question. If subscribing to Stergeons Law - would that not inherit a requirement, on a conscious level, to effectively ignore 90% of the “tangible results and praise” as crap or at least as something akin to noise in the signal? Effectively meaning that, by Stergeons Law, you are only ACTUALLY 10% as good as you think? 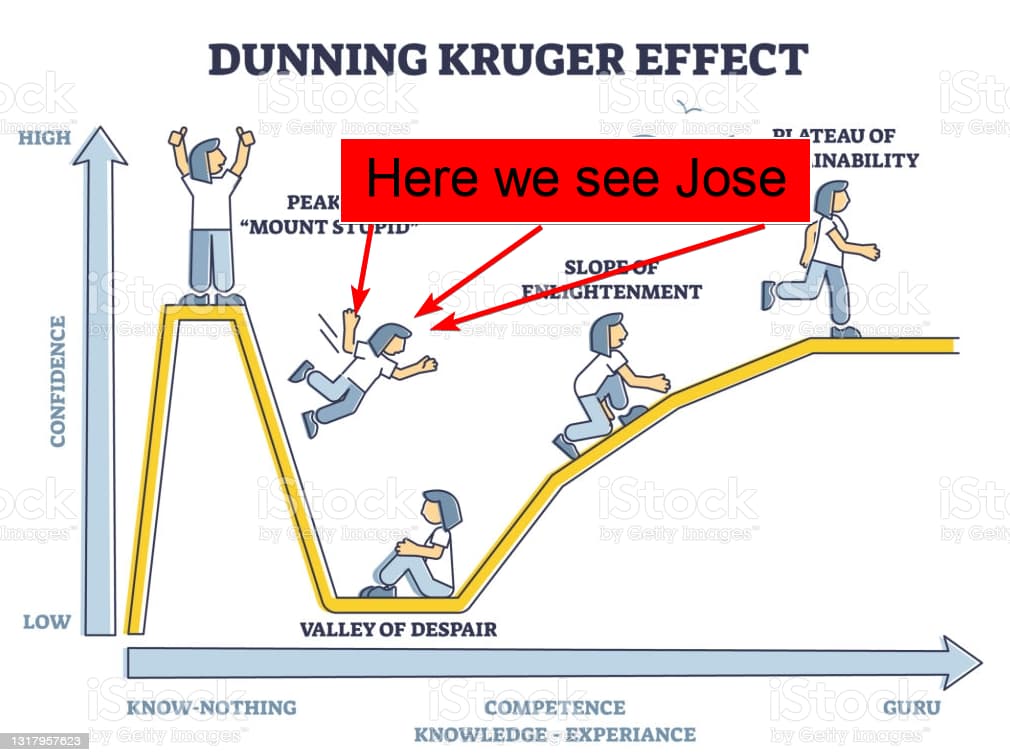 And I thought I was a crank with high expectations !

I’d be scared to buy you Christmas presents, I might accidentally ruin your life.

You make an important point. There’s a feedback loop there that helps explain how everything remains crap in a market-based economy.

Real world example: “Hey, can you make this report faster?” The report is joining tables without including Company, so it’s not using indexes. Adding Company to the joins makes it 30x faster right off the bat. This means that all the people who wrote and maintained it before me were not even operating on a read-one-book level of competence with SQL. And these are people with advanced degrees in computer science.

So I get praised for fixing it by people who have no idea what I fixed, but I have to take that praise with a grain of salt. In the minds of the people praising me, the people who created the problem are still just average, decent employees, not the frauds I view them as. And this leads to how I view myself.

I’m not actually great. I should just be average. I’m only relatively great because the processes for education and hiring are a disastrous failure industry wide. But again, I know my standards are realistic because of the examples of things I consider great: Sun Microsystems in the '90s, Google around 2010, Microsoft’s C# and .NET Core teams (but not their MSBuild team…) 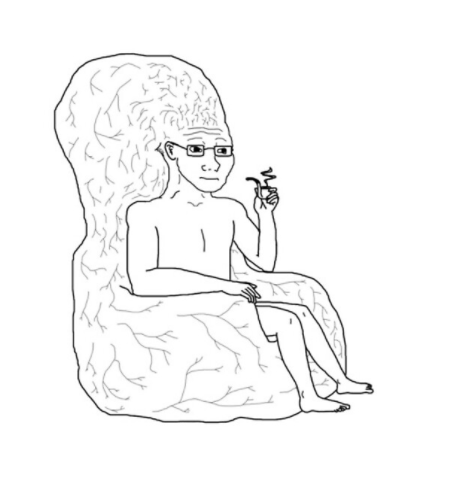