Sounds like you are using a “combined” template - which would update OpMaster and OpMasDtl both in one pass.
Combined templates can be a little tricky. Instead I’ll sometimes use two separate templates/passes - in this case that would mean OpMaster template first, then OpMasDtl template as needed.

Ref Data Dictionary for OpMasDtl - Operation record can include multiple manufacturing details - Resource Group, a Resource, or a Capability. 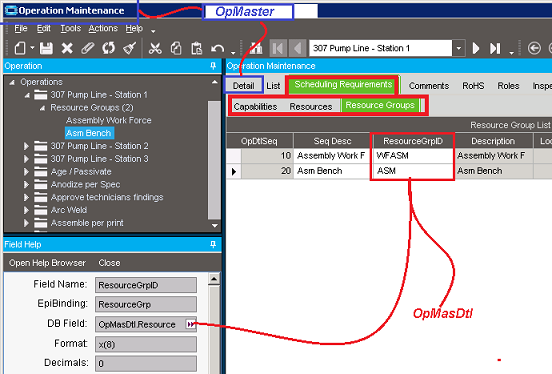