How does E10 handle manufacturing variances on jobs with assemblies?

We are currently in a costing/valuation overhaul at my company and in a meeting this morning i was told we would need to start making separate jobs for parts that had multiple part numbers (assemblies).

The way we currently do it is (shown below), we make a single job number (001234) for part number XYZ (assembly 0). This top level assembly has a couple of machine operations but this is the final part number that we sell. We then have assembly 1, part number ABC with its many operations and set this as “Pull as Assembly” when we build it out in the engineering workbench. So, the part begins its life as ABC and goes through the process until its last operation. It then becomes XYZ where it is finished up and sold to the customer as XYZ. This all happens under the same job number. Also, these part numbers are given to us by the customer, not made up by us.

So we were told today that this would not work for accounting because the manufacturing variances would be calculated for the entire job and not by assembly. so you would not know the costing for each side of manufacturing. Is this true?

If that is the case, we would now need to create 2, potentially 3, jobs for each sold part. We would then need to attach the previous assembly as a consumed material (correct?) until we are at the final part number. I’m not against more work if its necessary, but that just seems to go against everything we setup up in Epicor 10 years ago.

You want to turn this on in Company Config. Instead of rolling up the costs into the material, it keeps it separate. 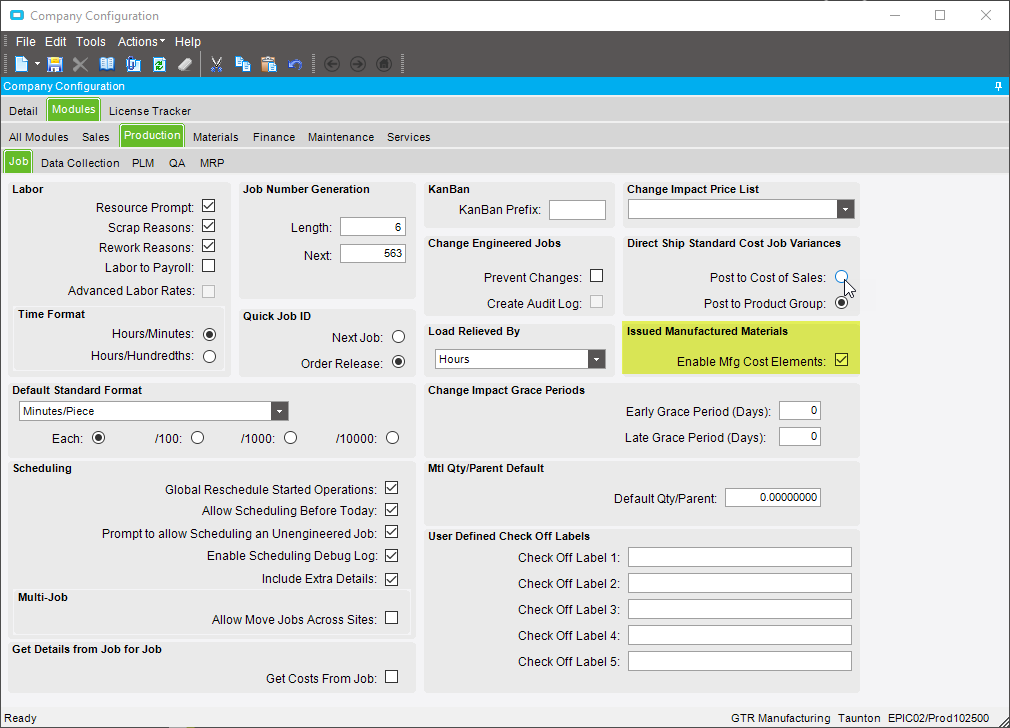 Here is the verbiage from Help.

turn this on in Company Config

Also, have you already looked thru the Job Costing Technical Reference Guide?
You should be able to find the link to a PDF in the Epicor Help.
Here is a screenshot of some favorites.
Reading can be a little “dry” but… has helped with most questions I’ve ever had. 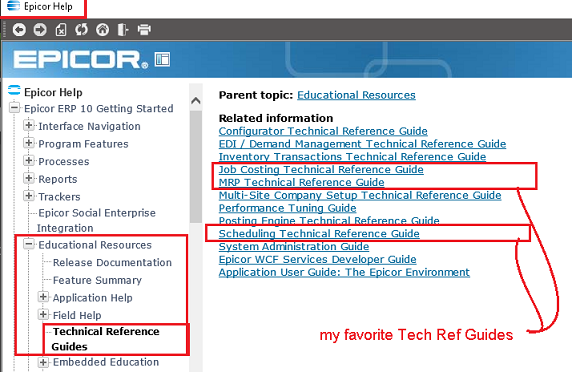