How to fix warnings in Customization Maintenance?

A customization was created in our Third environment. UD fields were created on the HDCase table, and the data model was regenerated. I worked in this customization in Third for a while. Before we created in Live, it was decided that the UD columns should have more general names than the specific ones we’d created in Third, so when I created the UD columns in Live, I used more general names for the controls. Regenerated the Live data model.

I may have exported the customization from Third and imported into Live and Pilot, but I did change the EpBindings to the new fields. However, when I validate the customization now in Live, I get warnings. Mostly that the control is not created or parent is not valid, but also a few about the visible areas being in conflict with another.

How do I fix the Control’s not created and parent invalid warnings? I need to be able to set this customization to this form, but as long as I have these errors, the new customization does not open.

Attaching the warnings for reference. 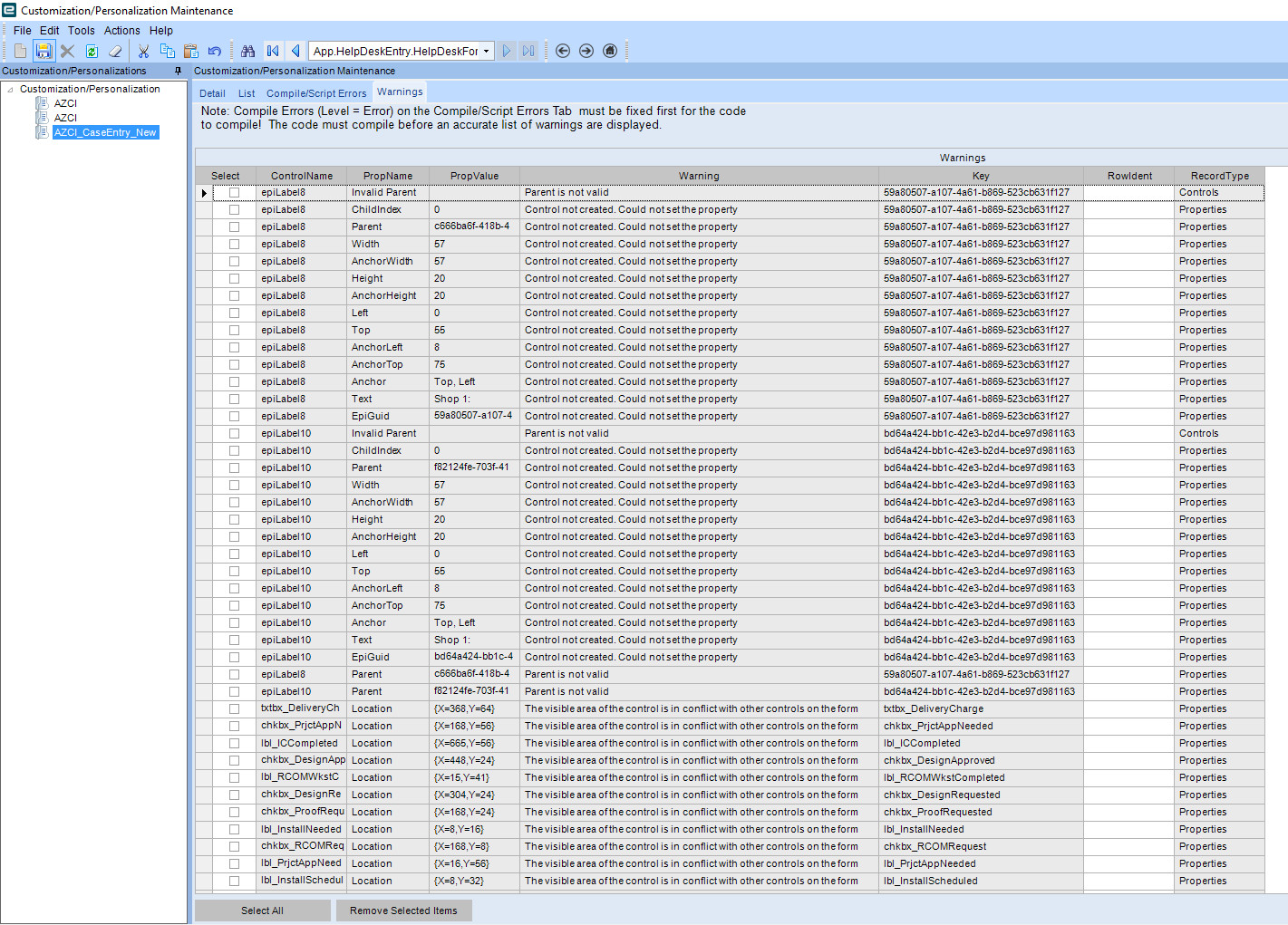