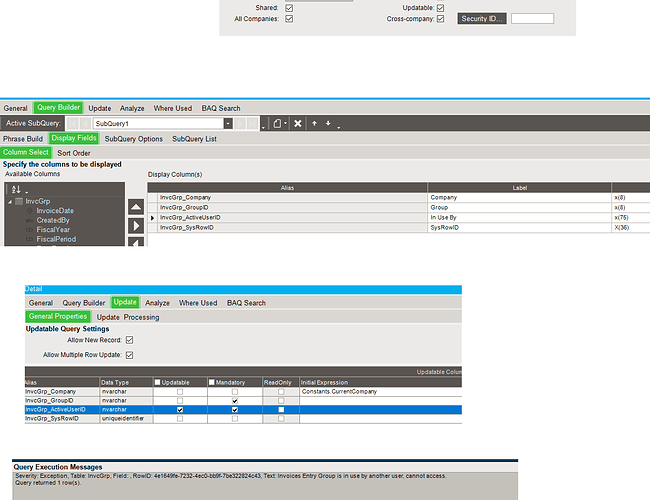 Hi,
With this case I don’t know if you can use BAQ Update. But I got 2 ways to do that.
1 - Call user to login, open this group and click on Clear button.
2 - Use SQL update.

Hi,
I asked person to login and it released the locked group.
How can I tell which table/field can use BAQ Update? Why InvcGrup cannot?

There’s a BPM Erp.InvcGrp.UnlockGroup, which you could invoke from another BPM to unlock it.

I’m not familiar with invoke from another BPM, could you provide some example?

Here’s a down and dirty example.

I made a Post Proc BPM on InvcGrp.IsLocked. This fires every time an InvcGrp is fetched. 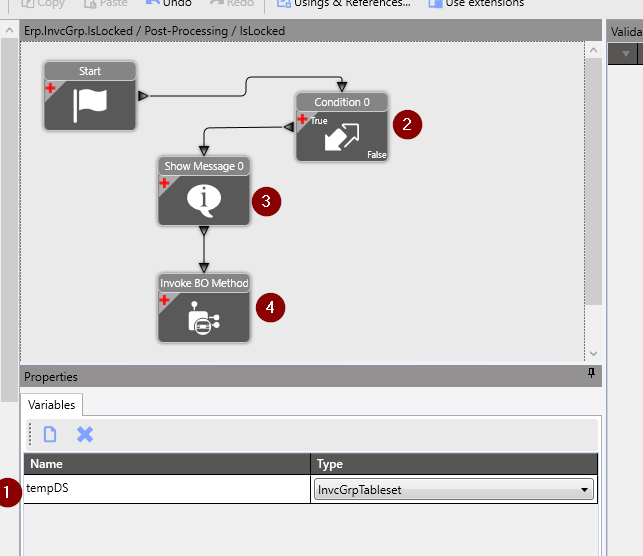 Basically it just calls the BO method InvcGrp.UnlockGroup, passing the GroupID as an input (the group to be unlocked). I made the variable tempDS just to have something for the 2nd parameter. It’s never used elsewhere.
The above will unlock the selected group if it is locked. This will happen 100% of the time. So an improvement would be to add showing a BPM form to give the user the choice to unlock it or not.

It goes without saying that this should only be used as a last resort. If the user that locked it is unavailable. If that is the case, it would also be best to end that users session via EAC. That way they can’t have the same group loaded in their client too.

I followed the example and I received an error. I guess I still not understand how to use invoke BO. 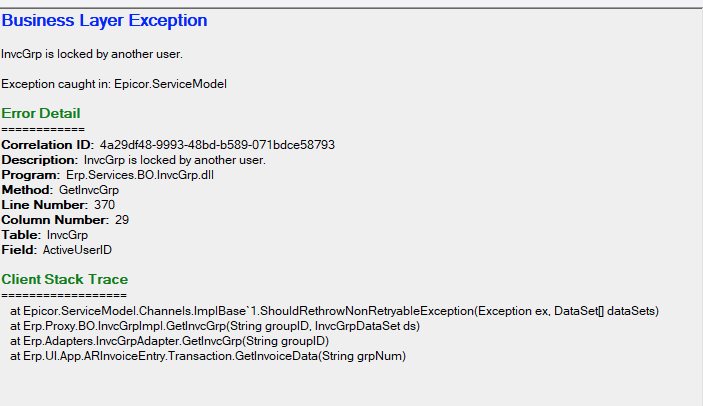