No properties of control in Customization

Hello
From time to time I have issue that some controls don’t show properly at form. They can be moved or if I set them to be invisible they are becoming visible again.
it’s hard to guess what could be the reason and I there is no properties of that controls.
Here I have example where I have hided textbox but after some weeks it’s displaying back. 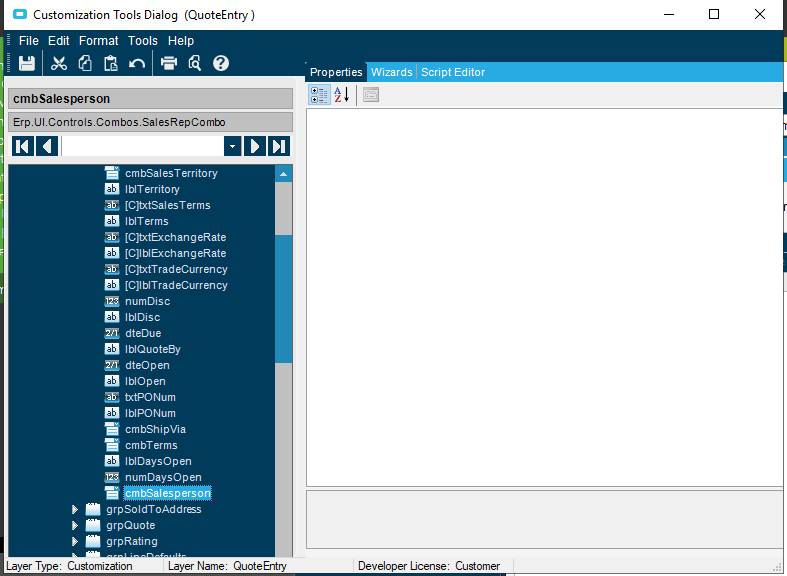 Primary Salesperson label also is visible (what I don’t want) but for it I can see properties.
And even if I set Visible = False it will show up again when I restart the form.

cmbSalesperson is a native control. Sometimes the underlying UI code doesn’t like you messing with them. An example is in number formatting. Often after the record changes the format reverts to the original.

In a few instances, I’ve had to just put a box on top of (and towards the front of the form) the native control. And remove the tab stop.

Nice workaround @ckrusen but it does not solve the problem itself.
When I re-installed this customization everything back to the normal state.
I would rather fix the problem or do the mod in the way that avoid this bug than installing solution over and over whenever crap like that happens.

Make sure to remove any personalizations from that customization.