Does anyone have an example of using the functions widget? Unlike the erp-function widget it seems like its used for calling client side functions. I can’t find documentation on it however. 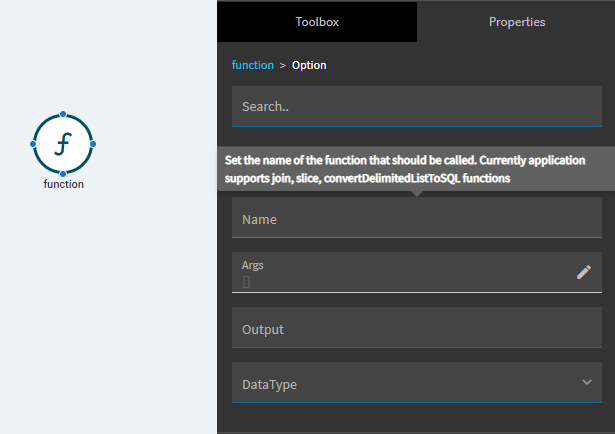 Based upon the tool tip I look in the ...\KineticTest-MetaUI\ directory on the server and searched for “convertDelimitedListToSQL” and found an example. Not sure what it does. The first arg may be a string containing a “~” separated list, the second “C” a type of conversion and the third arg is probably the type of separator used. But I am speculating on all of this. Either way it looks like you can only call the 3 functions listed in the tool tip which does not seem very useful.

That looks like it is referencing the Attributes on a Supplier.