Are there really no font style controls in application studio?

I was trying to begin some simple Kinetic customizations since we are still on classic view. But the first one I tried, when I added a new group on my form, the font for the group label I added is noticeably different than the font on the native group next to it and there are apparently no font controls at all? How are people using this? I would accept the lack of styling options if the controls I added at least matched what was on the screen but they don’t. It also seems impossible to copy and paste an existing control?

Buddy, this is Epicor, nothing works.

I know it often feels that way! This is so basic I feel like I must be missing something really obvious though.

I must be missing something really obvious though.

You’re not. There’s nothing to control this. 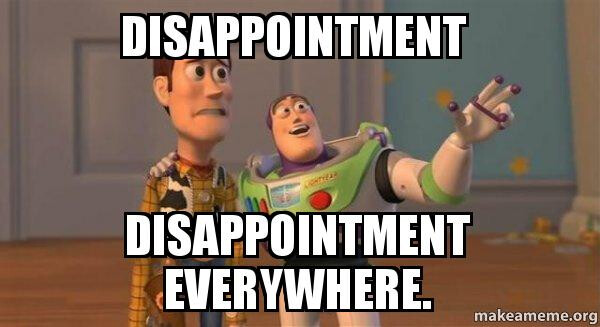 But to be fair–it is getting better. Slowly…

I honestly don’t want font controls, but CSS and theming would be nice. And if we’re really asking to keep up with the other frameworks like React and Blazor, components with their own CSS control.

Right, I don’t care so much that I can’t control the font, but the fact that its using a noticeably different style than the built in controls is just crazy. Who thought anybody could use it like this?

Regarding your original font question, it likely has to do with what control you put that label on. Like–look at theirs. It’s probably it has a container within the group and they have the text on the outer one or something similar.

This does sound like unintentional sloppiness on Epicor’s part, but I think it is actually a good idea for custom controls/groups to be different in some way from anything built-in… Just think it’s important for users/consultants/developers to know at a glance what is custom and what is built-in.

I did set it up identically as far as I could tell, but I will take another look and try again, thanks for the suggestion.

it’s important for users/consultants/developers to know at a glance what is custom and what is built-in.

And that’s what components bring to the table. I honestly think they’ll get there because it will make their work easier to have a Bill-To component that can be reused in many places. But you have to get the basics first…

You were right - they had the label on the div not the container and I totally missed it, thank you!!!