Trying to setup these Hand Held units to go straight into a Terminal Services Session on power up.
I can get them to open Terminal Services Client but it stops there and you have to click enter on the Server IP and then login with username and password.
Once you do that I have the Client starting the -HH session and logging in.

Just missing the piece where it remembers the TSC information.

I have this unit on a cradle and can access MC9090’s drives via USB connection but I haven’t been able to figure out this missing piece.
Anyone have these units that could pass along some help ? That would be greatly appreciated.

Neil,
It’s been awhile since I did this, but I know it’s possible.
If I recall, I connected to my server with the settings I was once and then I found the default.rdp file it created and copied it. Then I opened the file in Notepad on the device and modified the file to default the settings. If I remember right there is a value that specifies the saving of credentials (the password). Then I took this modified rdp file and moved it to the StartUp folder.

I know there was some issues with some version of Windows Mobile, it seems one of the versions did not allow the saving of the password no matter what. Not sure if it was WM 5 or 5.1… I think 5.1 was the ticket… not sure.
Let me know if that helps to get you on the right track or not.
We had step by step instructions for our handheld setup (Intermec CK3), I will see if I can get that.

Okay … thank you. If Neil, our Network Administrator has any questions, I may forward him to you or if you have an IT department, perhaps they could help explain the steps. Again I appreciate your help and feedback.

Yes, I used that to move forward to this point, but now I am stuck where the Hand Held doesn’t remember the TSC credentials to open the session without interaction with the user.
Once I enter the TSC info the -HH session starts automatically.
Windows Mobile seems to be the hangup, hopefully there is a way.

Rick,
That is what I was hoping to do but I can’t find any .rdp files on the device anywhere.
You would think it would create one when you login manually
My hand held shows Windows Mobile 5.0 (5.1.478) which maybe is 5.1 ?
Did you find any of that documentation ?
Thanks
Neil

Neil,
I am still working on getting my hands back on the step by step instructions I had.
You know I think 5.1 was right, you might try to upgrade. I do recall there was a version that it was not possible to save any defaults and I either skipped that version or waited for the next version. I don’t recall.

. I’ve been digging around looking for these instructions, emailing people and everything and the whole time they’ve been on my blog. Anyways I have reviewed the instructions and it ends up that the key to being able to save RDP settings is Windows Mobile 6.1 or 6.5, previous versions did not support this. So I think you would want to try to upgrade one of your units, or contact your authorized reseller and check. I know the VAR I have gotten Intermec CK3’s will upgrade the units hardware (imager) and software, if it’s possible, for a cost. Or you can always try it yourself. I’ve never done it, but Google is your friend!
Here is the blog entry that detail how I setup Intermec CK3’s step by step, sorry it took so long: 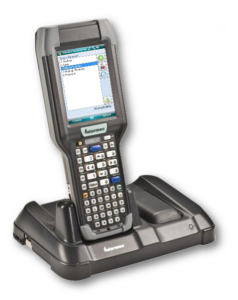 How To Configure Intermec CK3’s For Epicor

While working full-time for two of my clients I needed to procure, test, setup and deploy handheld units for use with Epicor 9.05 and later Epicor 10.  After working with our Intermec partner with …

Thanks @Rick_Bird for the info, I appreciate your time.
Sadly that is what I have been finding with Google Searches and a lot of research.
Does anyone have a suggestion who I should contact to have my devices Flash Upgraded to a newer version of Windows Mobile ?
Neil

Looks like you may be able to purchase the upgrade license and instructions direct form Symbol (zebra):

Software.symbol.com download functionality is moving to My Software Licenses site.

It says to contact support, I would give that a shot.

Contacted Symbol (Zebra) - that was a nightmare in its self.
Eventually was told that they no longer will upgrade these units and even if they did it would cost over $1000.
I did find a place www.lexicontech.com who will upgrade the device to Windows Mobile 6.1 for $400.
Problem is that everything I am finding on the Net is that Windows Mobile (5.x or 6.x) does not allow the saving of credentials for RDP. Most say it is a Microsoft Policy for security reasons … can’t validate that info.
Anyway I am looking at some program that a person wrote and posted on the Net that is supposed to reside in the executable section of the OS that will run on startup and pass credentials to the RDP session on startup.

If anyone has a better way I am all ears !

Neil,
Just some assurance: I am certain that MS Mobile 6.1 & 6.5 allows you to save credentials. I say upgrade one unit to confirm. But I am running CK3’s on MS Mobile 6.1 & 6.5 right now and all the user has to do is click the connect onscreen button and a few seconds later the user is at the Epicor Handheld Employee Login screen.

Rick,
Thanks for that info, I hope that Windows Mobile 6.1 acts the same on the Motorola as the Intermec.
I found some good prices on both the MC9090 and the CK3 on Ebay, cheaper than upgrading the OS.
I will probably order one and do some testing.
Thanks,
Neil

My company uses the Intermec CK3 and Mobile 6.5. I believe it is the RDP client installed on the device that makes the difference. Epicor walked us through replacing just that file (not downgrading the whole device).

We had to connect each CK3 to a PC via USB and, through Windows Mobile Device Center AND SOTI Pocket Controller software on the PC, view the contents of the Windows folder on the device. We could then replace the version of Remote Desktop Mobile with an earlier one that allows for full screen and remembering the credentials for the last login. You can’t save an RDP file, but the system will remember the last logon which is all we need. Fire up RDP, click “Connect” and a few seconds later (to quote Rick) “The user is at the Epicor Handheld Employee Login screen”.

Andrew,
Thanks for that info. I have a cradle that connects to my MC9090 via USB and I can browse the “drive”.
Exactly what file(s) did you replace and where did you get them ?
I will test the Windows Mobile 6.1 version as suggested by @Rick_Bird and if that doesn’t work I will give this a try.
Thanks,
Neil

The file is called wpctsc.exe
I first renamed the original, then copied over the new (older) version provided by Epicor.
I don’t know what the rules are for “sharing files”, and I don’t want to violate any of them, but here are the details on the file that I use with excellent results:

Perhaps someone more knowledgeable about the forum’s rules will comment about the file sharing question?

Anyone ever successfully installed Windows Mobile 6.5 over Windows CE 7 Compact? All internet threads lead to its not possible because Compact has certain dll’s missing, must be lucky to have a good CE Edition or reach out to Zebra who owns the OS Images to Motorola.