Can you allocate to an unfirm job?

I don’t use Fulfillment Workbench like ever, so there’s that. But

i believe the job needs to be released to allocate in the FWB. i know you cant pick to a job if its not released.

And even though it was obvious, I just checked to see if I could release an unfirm job.

Also, even if you could, what happens if MRP deletes the job, etc. Still, I was asked to ask.

MRP wont delete firm jobs. if you release the job, it firms the job. so if you release a job for production and picking, you dont need to worry about MRP touching that job.

Right, I meant if it deleted an unfirm job with an allocation (if that was possible).

So, I’m not sure about your thesis, though. I seem to have allocated to an unreleased job: 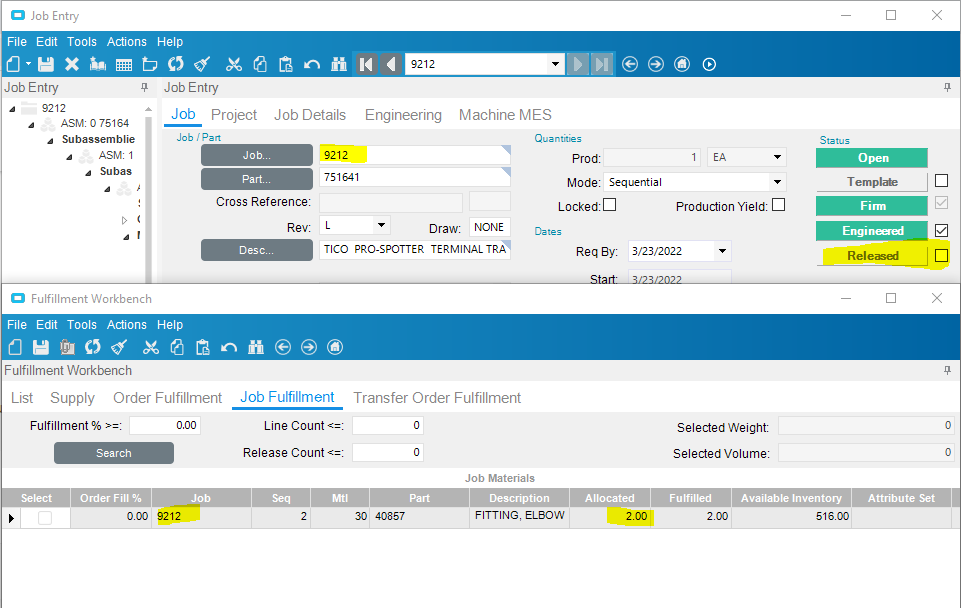 ok i wasnt sure about that. Try to release for picking for that job.