Is anyone else finding grids in Kinetic to be extremely buggy?

I’ve screen-recorded all the issues in various screens (base layers with no customisations) and raised tickets with Support.
I’m told this is a ‘Framework’ issue, so doesn’t have a Problem record against it but is to be looked at for 2023.1.

Unfortunately, it’s making for a poor user experience in the meantime.

Has anyone found any tips for dealing with these issues? (For the record, we are a SaaS Cloud customer).

Yes all those problems and more. When I report them, I am told its fixed in 2022.2 (we’re on 2021.2) so its depressing to hear that its not fixed. Extremely frustrating to the users.

Sorry to hear that @aosemwengie1. We’re not live yet but the fact that such a disruptive issue has been in Live environments for at least two major releases is shocking to me. Wish someone from Epicor could explain how this gets past QA testing.

I’ve had an update from Support that these issues will be ‘improved’ with the update to Kinetic 2022.2.11. Our Pilot environment will be updated Feb 7th, so I can let you know how it goes.

Tell me about it!!! It boggles the mind daily. And now I am hearing the grids aren’t really fixed until 2023.1. We will also be upgrading to 2022.2 shortly and am just hoping for any improvement at all.

Coming from a multi-ERP company, it’s getting harder and harder to convince the decision makers to stay with Epicor. They see nothing like this from the other ERPs. We keep having to push out fat clients when we’re told (for the most part) the web side is ready. Because of our business cycle, we can’t upgrade to 2023.X until later on this year.

I know it’s a huge conversion, but forcing cloud customer through this is rough. This will be why I would never support moving to SaaS with Epicor.

Yes, we have also seen those kinds of issues. 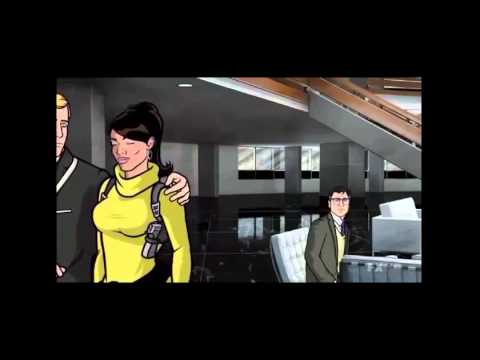 Yeah, we’re testing 2022.2.8 right now, and planning to upgrade in mid-Feb. Until the Kinetic UX gives us enough benefits to cancel out all of the current drawbacks, we’re sticking with the Classic UI. It’s getting better every major release, but not there yet IMHO. Most of our Kinetic Epicare case bugs have PRB’s that say fixed in 2023.1 also.

We were planning to follow that route too but in a few cases its been worth it to switch, or at least we thought it was going to be worth it (not sure how some will answer in hindsight lol). For example, in classic you can’t set customers inactive but in Kinetic you can. I think the more new features they add to kinetic the stronger the incentive will be to switch.

For example, in classic you can’t set customers inactive but in Kinetic you can.

No way! Do you mind sharing how? I just compared my classic to Kinetic in 2022.2.8, and didn’t see an Inactive button. In Classic, we’ve been unchecking Valid Payer/SoldTo/ShipTo/OTS

As Epicor adds new features to Kinetic, it’d be nice if they kept a running list in Help. It’ll make it easier to sell the company on the move.

We upgraded to 2022.2.8 recently and the grid scrolling/selection issues are still there. I was hoping for improvement over 2022.1, but not seeing it yet. 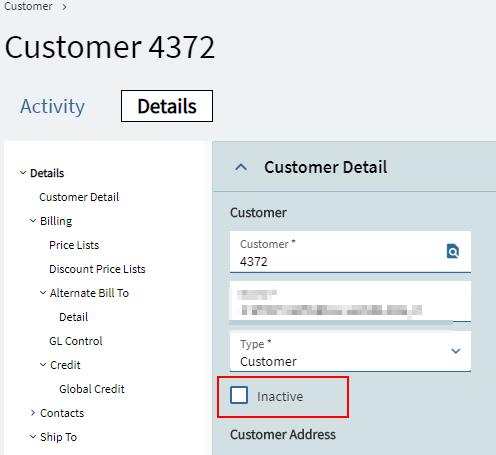 Of course the downside is that the customer’s orders don’t show up properly in the activity panel. According to Epicor support, its fixed in the next release and can’t be fixed in 2021.2.

in classic you can’t set customers

You can–the database field is there, but you have to add it yourself to the screen. They’re just not doing upkeep on the classic screens anymore.

Yes I know - just trying to avoid MORE customizations (we have too many already). Its a bigger customization than it sounds too, because for example, the kinetic landing page shows you which customers are inactive, but the classic search doesn’t.

We will also be upgrading to 2022.2 shortly and am just hoping for any improvement at all.

Minor not great. Infinite scroll is still jacked up on 2022.2.8 at the least that’s really the largest remaining issue. That and filtering by anything other than a string doesn’t work great. They are well aware and B-lining grid fixes.

We switched to a version of 11 (2021.2) two months ago, and I have honestly tried to use Kinetic screens whenever I can - and I really do like them.

I like the change and I am really putting a lot of effort toward embrace the new format. It’s good - it’s generally not a burden. And the fact that a data grid loads (only) when you expand a panel card is so intuitive. It’s not slowing you down when you don’t need it, but it’s way more intuitive than asking users to hit this weird and tiny Refresh button.

But, the grids, man. It is really, really discouraging and detrimental. Like, I think it is safe to say that this is the single largest problem with Kinetic. I can adapt to change, really (despite being in the “Who Moved My Cheese Club”). But this is simply harmful to work with.

Agreed, I was sure they must have fixed it by now. But no, it’s not a priority, eh?

This was my annoyance - expand a window and the grid goes blank. The home page grids that we use tell us of problems, so a false negative can make us think all is well when it is not.

But even generally, it’s important to me to be able to get to data quickly. I need computers to work for me, not me for them. And this is the latter.

They are well aware and B-lining grid fixes.

Maybe I am misreading the slang here. I took this to mean it is unimportant to Epicor (like on the B-list).

Is it the opposite? Is it actually a priority? 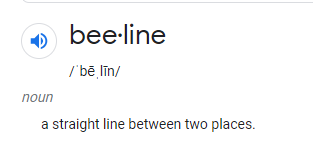 Yeah that never made sense to me. Ever seen a bee move? Not linear at all.