Is there documentation that describes what each method does per service name ?

Additionally, probably more important, what methods execute in what order when I take a specific action on a form ?

for example Quote service has 223 methods, many have similar names, naming conventions aside, it would be nice to have a description for each

Additionally, probably more important, what methods execute in what order when I take a specific action on a form ?

for example Quote service has 223 methods, many have similar names, naming conventions aside, it would be nice to have a description for each

Sure would. However, the ONLY sure fire way to know what is called, with which parameters, and in order is to run a trace. Even if there was documentation, it would unlikely be up-to-date and one would be forced to trace anyway.

Instead, it would be cool to have something like trace helper utility created by @jgiese.wci and @josecgomez that works on http traces AND builds out the calls in C#.

Where is this found ? I looked thru the technical docs and product documentation for kinetic on epiweb and didn’t come across it

I opened this up and it looks like a help file browser. I see all the BOs and methods, but when I click on one, there is nothing showing: 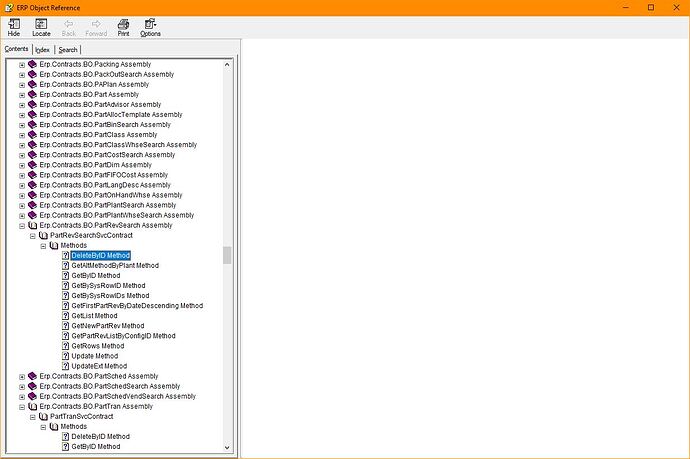 That was it! Thanks!

That link was for version 10.2.700
I came across a service I was interested in exploring (OrderLineStatus) but it must be newer as it’s not in there
(we are at version 2022.2)

In your client folder, you will find xml files associated with each BO. You’ll have to parse it but I imagine it’s the same text in the documentation. For example: 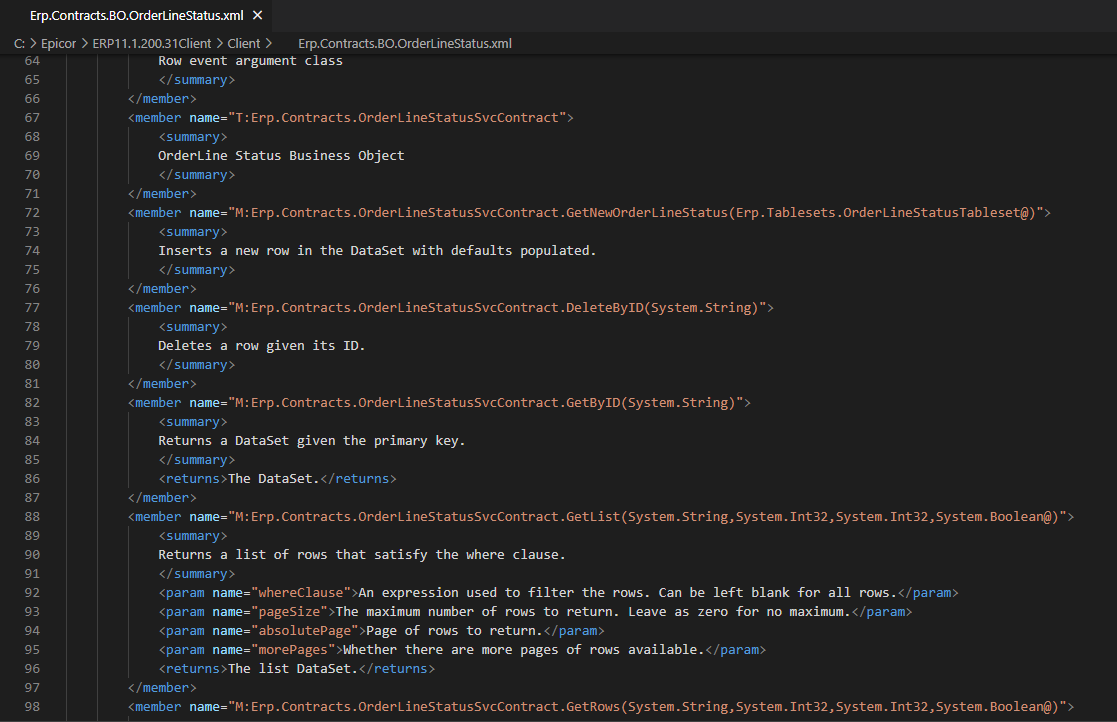 Neither documentation will tell you which service is called in which order however. Only a trace will reveal that information.

Don’t forget about the BL-tester if you are looking for some way to run some commands. I don’t know how well that article aged, but you should be able to get it set up. Then it tells you what the parameters are, and you can see your dataset as you step through the calls. 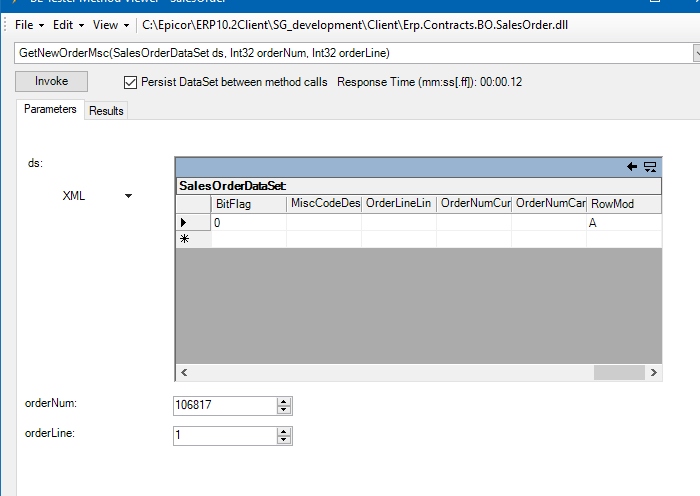 So I happen to be setting up the BL tester on a new server. It’s one of those things that you only do once in a Blue Moon so it’s hard to remember what the heck you have to do to get it set up. So, I will document the process here as I do this one, so 1. I can come back to it later if I need to, and 2. so others can see how to set up this super useful tool. First, this tool is on the server, that’s where it lives and where you run it from when you need to use it. Correction, you can use this fr…

Don’t forget about the BL-tester

And OpenAPI/Swagger page too: