Bees are more attracted to Honey than to Vinegar

This saying “Bees are more attracted to Honey than Vinegar” is a common saying… actually there are multiple derivatives of this… such as:

You can catch more flies with honey than with vinegar

The “fly” version of this may have been first said by Benjamin Franklin, but the actual source is unknow…

Anyway… what this is getting at, is that it is easier to persuade others (the bee or the fly) with polite requests, positive feedback, and “being nice” (the Honey), rather than being rude, Negative, or demanding…

I just wanted to point out that MOST of the time this forum is very positive, and very helpful. But there have been times where the discussions get a little heated. That heat can sometimes scare off really good folks.

Sometimes, we (Epicor Employees, partners, etc) are simply delivering the message. Sometimes we may even agree with you, but we don’t want to throw another employee under the bus (career limiting move) so we simply deliver the news that “Epicor has decided”.

so… don't shoot the messenger - Wiktionary or it might have the unintended consequences of scaring off people, or making them less transparent.

(note, please don’t take this as a threat.. i thing I have proven over and over again that I have a thick skin and let these things roll off my back… I don’t like negativity, and it does bother me, but not enough to stop me from calling you my friends.)

You are right Tim, sometimes some of us lose sight of this. We’ll do better!

For what its worth the frustration is NEVER directed at you. Though because you chose to be visible (and we thank you for that) it ends up in your lap sometimes. Apologies for all of us.

Thanks…
Also, when i used “Epicor has decided” it doesn’t always mean “My superiors at Epicor have decided”… in a recent case it was a set of people, none of which was my boss… it basically came to a vote, and some of us were on the loosing side, and some on the winning side. All were focused on “what is best for the customer” but had differing points of view.
There are lots of circumstances that are not always visible at first blush…

What you are seeing is a growing frustration boiling over. It’s not just any one thing that is setting us over the edge it’s the continual kicks in the proverbial gonads that’s causing it. This is years in the making not a single topic in the making.

To the point Epicor is turning some of the most grin and bear it group of us into an, F it why do we even bother protecting them group.

I only have so much grin and bear it in me. Instead of being scared off they should probably be taking notice, figuring out how we gonna do better as a company?

The crux of it is Communication. Epicor sucks at it. We constantly get blindsided by stuff. We’ll keep an example in context of what I’m sure prompted this. I remember the first time I learned about the Ideas portal. It was at the end of a support request where they said sorry it’s an idea and closed the case. You guys shoot yourselves in the foot constantly. That’s not how things like that should be rolled out, and it’s a pattern, not a single event.

All were focused on “what is best for the customer” but had differing points of view.

I can’t tell you how many times people get hurt feelings when people have differing strong opinions on what the customer needs… and often times there are some customers who will want 1 thing and others who will want it differently. What’s good for the whole might be bad for some parts… It’s just the way it is.

yeah but gee whiz people, none of the policymakers are on this tech support forum, and if everyone throws down in here we’ll lose the tech people we need.

I escalate complaints to people at Epicor but not on here, and I think I’ve got what I need every time.

The “fly” version of this may have been first said by Benjamin Franklin, but the actual source is unknow…

You can catch more flies with sh… than either one of them.

But thank you for having a thick skin. I appreciate you taking the time to discuss issues
with us.

One thing to gently remind internal product teams and executives is “the customer is king” (when it comes to taste). Seems like some decisions are a little anti to customer taste or sentiment, which is one of the greatest benefits to Epicor from this forum. Free and unlimited customer feedback, straight from the collective horses’ mouths (I probably got that apostrophe wrong, but alas).
Of course, not all features can or should be implemented and there is a balance to be struck, but fighting the customer is also not a great idea, internal vote or not.

Obviously, most people here have more professional experience than myself, but a company I work closely with often likes to develop their product and then try to market it to customers, whether the customer wants it or not. This leads to customer frustration, confusion, lost R&D and failed products. We’ve had more luck asking our customers what they want and focusing on delivering exactly that. Not accusing Epicor of that but maybe the analogy is applicable.

not all features can or should be implemented

totally true… I had an idea recently that i close because we are not going to implement it… the reason:

I hope those who vote against something you may be for, spend atleast half the time you spend with customers. I mean how can they assume whats good for a Customer, when they are ghosts. Fancy words at Insights mean nothing, when we never see them. I have yet to ever receive a single email from the CEO saying thanks for being a large customer, thanks for writing good stuff about Epicor… geez I didnt even get a cup in 10 yrs!

(For context we own pretty much every module, 600 users per instance x 2, and a smaller one in China). But because I dont work for London Cab Company or Big Bleep Fans, I dont even get a stupid mug.

Kudos to you. You arent just tweeting or blogging like some about CX (Customer Experience), you are actually engaging everyone. We need more Tims!

If anyone from Epicor reads this. Tim is awesome, please produce more clones.

The squeaky wheel gets the grease.

the clones are there, master… but if we’re not nice to them they’ll execute order 66 and then we’ll be sorry…

I bet a search for “Jedi” on here returns at least 20 results.

I bet a search for “Jedi” on here returns at least 20 results.

it basically came to a vote, and some of us were on the loosing side, and some on the winning side.

Maybe y’all need a change to Your voting structure.

Now let’s say we let the customers have a seat at the table.
8 votes
3 for
4 against
1 customer opinion (assume for)

Vote is 4-4 -->That at least warrants further review, and the customers opinion(through the portal)
is counted. (Maybe reach out to customers directly at that point)

You see where I am going with this.
Right now, we just have ideas and opinions. I advocate you give the customers (as a group)
a weighted vote at least. We have skin in the game, let us play it.

But the “againsts” could bring their customers whom it would impact.

the horse is twitching! beat it again!

I don’t know who this thread is directed at, but this sentiment is adding insult to injury. Not only will we ignore your suggestions for improvement (that we asked you to give us), we will scold you for not being nice enough in your feedback? Is the implication that if only we asked more nicely then Epicor would be more responsive? Having detailed, substantive, and legitimate feedback is not enough reason? 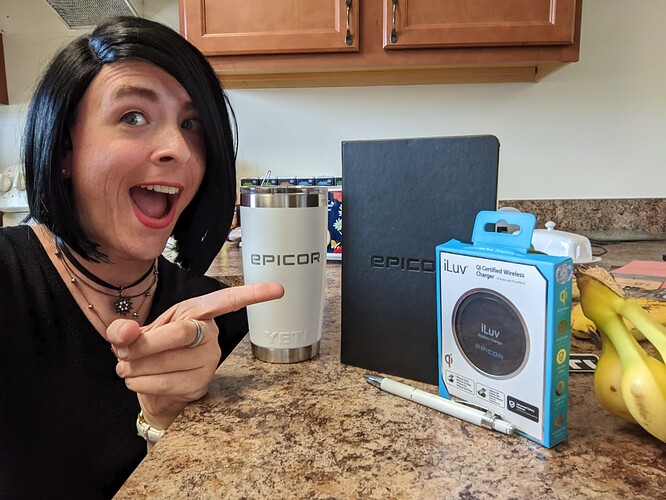